6 Helpful Herbs You May Not Have Heard Of But Should 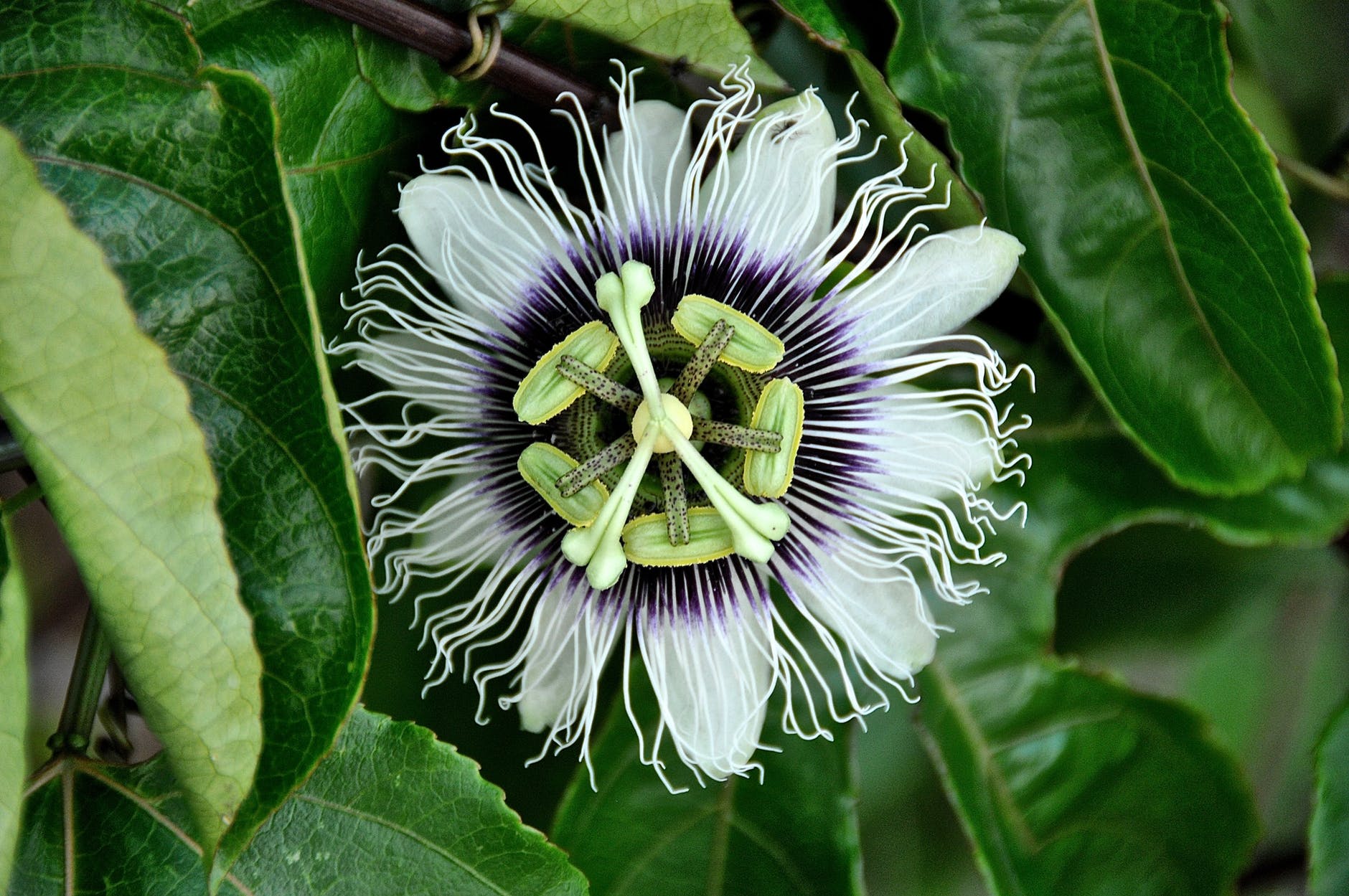 I think it would be fair to say that everybody is familiar with quite a handful of herbs, like basil, mint, parsley and coriander, but how many people know what else herbs can do, more than simply adding flavour and colour to their favourite dishes?

Herbs also have a wealth of healing and restorative powers that are pretty darn impressive and have been used to make traditional cures by herbalists and apothecaries throughout the centuries to help anything from stress, infection, inflammation, through to skin healing by restoring the body’s homeostasis.

There is a world of herbaceous plants out there you might not know about, most of which can be made into effective herbal tonics, teas, tinctures and supplements, so here I give you 6 amazing herbs you may never have heard of but should:

Milk thistle (AKA Silybummarianum) is an herb native to southern Europe and southern Russia, and contains a range of therapeutic compounds known collectively as silymarin.
Milk thistle has a long history of use as an herbal medicine, largely for ailments of the liver, being used for its protective and restorative qualities as well as its detoxification properties.

Milk Thistle is known to help prevent liver destruction and enhance liver function through its ability to prevent toxin-induced damage from toxic substances including alcohol, drugs and chemicals. It also stimulates the growth of new liver cells to replace old damaged cells allowing for regeneration to occur.

Silymarin in milk thistle has been shown to stimulate the production of glutathione which helps to raise the liver’s detoxification potentialin order to handle a wide range of hormones, drugs and chemicals.
For anyone reading this who is keen on the ole glass of wine, followed by a couple too many more, this is one useful herb if you suffer from the inevitable hangover that follows!

You may find some solace in this herb for it has been traditionally used to relieve symptoms of overindulgence from both food and drink, allowing you to detox the unwanted toxins and make you feel more human!

There is also antioxidant activity within milk thistle which neutralises harmful substances called free radicals which can damage cells. In particular, silymarin protects oxidative damage to the lipid membrane which surrounds liver cells.

Passionflower is a fantastic remedy for anyone feeling burned out, exhausted, nervous, anxious or having trouble sleeping.

It’s a great remedy if you feel a sense of being exhausted but unable to rest because the thoughts in your head keep spinning wild and uncontrollably. Perhaps you also suffer from heart palpitations or constant bouts of anxiety, in which case this herb is great for that also.

Passion flower is a wonderful natural sedative, a nerve calming agent and a sleep aid which is often able to help people relax, unwind and enjoy a well deserved good night’s sleep.

With its nerve calming properties, ability to work as a natural sedative, relaxant and antispasmoic, passionflower is great at helping to treat nervous excitability, anxiety, an over-active brain and sleeplessness due to mental restlessness. It’s a definite Nourish staff favourite to help those who are suffering from these symptoms and help them to unwind and distress, and ease into a good sleep at the end of the day.

If you are in need of alleviating your nervousness, anxiety or insomnia without becoming dependent or suffering unwanted effects, Passion flower is a fantastic herb to try.

This plant is effective in both tea and tincture form. A Vogel Passiflora complex  is a lovely herbal blend in a tincture form combining passiflora and avena sativa and is highly supportive to those prone to worrying or feeling under pressure.

Traditionally, Agnus Castus has been used as an herbal remedy for the female reproductive system, helping to regulate menstrual cycles and relieve premenstrual symptoms such as irritability, mood swings, menstrual cramps, breast tenderness and bloating.

Agnus Castus has been an important European remedy for hundreds of years for aiding the female reproductive system and it still remains one of the most commonly used herbs for regulating hormones and relieving menstrual difficulties. It may even aid the treatment of amenorrhea,dysmenorrheal,fibroid cysts of the uterus and endometriosis.

The basic mechanism of action underlying agnus castus is its effect on enhancing corpus luteal development (thereby correcting a relative progesterone deficiency) via effects through the pituitary gland. Working its magic on the hypothalamus and pituitary function, the herb helps to normalize other hormones and reduce both prolactin and the oestrogen-to-progesterone ratio.

It needs to be taken every day of the month, and it can take up to 3 months to reach its full effect. However, if you think about it, that’s only 3 cycles and the majority of women notice improvements within the first 1-2 cycles.

It’s worth noting however that Agnus castus cannot be used alongside any other hormone-balancing products, such as the Pill. The reason for the contraindications is that contraceptives work by deliberately creating an imbalance in your hormones. Agnus castus will be on a mission to rebalance them and in doing so, could counteract the medication and prevent it from working.

Californian Poppy is an excellent herbal remedy for encouraging sleep, supporting the nervous system, helping to balance the emotions and calm the body in times of stress.

Californian poppy is used as a natural sedative and hypnotic for adults and children, helping to reduce anxiety and tension and induce sleep in adults, and aid where there is over-excitability and sleeplessness in children.

Californian Poppy contains alkaloids and in particular one called californidine. This contributes to the plant’s natural hypnotic properties which help to induce sleep as well as reducing sleeping problems, in particular nightmares, waking during the night and difficulties falling asleep. Even better is there are no side effects of drowsiness, addiction or disorientation when using this herb, unlike some western medicines.

This herb can also be used to ease depression, tension headaches, migraines, restlessness and agitation, and is particularly good for people who find it hard to relax and let go, or for those who push themselves too hard, usually to the point of exhaustion or adrenal fatigue.

With its antispasmodic properties, Californian poppy can be used whenever an antispasmodic is required due to its muscle relaxing actions throughout the body. This makes it a really useful remedy for soothing tense, aching or sore muscles and treating stress-related gut problems, including irritable bowel syndrome, those with a nervous bowel, colic and gallbladder pain.

Due to the calming effect on the nervous system, California poppy helps to slow down a rapid heart raid, lower blood pressure and relieve palpitations, making it a nice herb for anxiety or nervousness.

Rhodiola is an amazing herb, and one you will find highly recommended throughout the Nourish stores when looking for a helpful remedy for combating stress, fighting fatigue or feeling blue.

Rhodiola helps you to meet the challenges of today’s fast-paced, high stress world, with its anti-stress and fatigue-fighting properties and its ability to promote energy, endurance and stamina.

Rhodiola is a top notch adaptogen, demonstrating extraordinary support and helping you to adapt better to both physical and mental stress. Rhodiola defends the body overall, and protects general health and well-being.

Rhodiola is home to health benefiting antioxidants, including a group of compounds rosin, rosavin and rosarin, known collectively as rosavin;, as well as containing salidroside, both of which have been shown to have anti-stress, anti depressant and anti anxiety actions on the body and mind.

These antioxidants have been shown to protect both the body and the mind against oxygen deprivation, enhance immune function, fight depression, improve energy levels and promote healthy sexual function in men and women. Not to mention the brain function support Rhodiola has to offer, including improved attention, memory, learning, thought formation, planning and calculating.

Shatavari is a traditional Ayurvedic herb used for its antispasmodic, demulcent, digestive and diuretic properties, and is most commonly used for infertility, loss of libido, menopausal problems and general women’s reproductive organ health.

Shatavari is a climbing plant which grows in low jungles areas throughout India and is one of the most important herbs in Ayurvedic medicine for women.
The name Shatavari translates to “she who possesses 100 husbands”, referring to the herbs rejuvenative properties and the effect it has upon the female reproductive organs.

Shatavari supports reproductive health by toning and nourishing the female reproductive organs as well as maintaining a healthy hormonal balance. This makes it useful as a supportive herb for infertility, decreased libido, menopausal symptoms such as hot flushes, vaginal dryness and loss of libido; and to treat PMS symptoms by relieving the pain and controlling blood loss during menstruation.

This herb is also supportive to men and may be used in cases of sexual debility, impotence and inflammation of sexual organs.

In addition to the above benefits, Shatavari is also used for digestive issues thanks to its unctuous properties, helping to moisturize the respiratory tract, reduce inflammation and encourage healthy peristalsis of the bowels.
Due to these demulcent properties, this soothing herb is great for dry and irritated membranes, such as those on the vaginal wall, or those in the upper respiratory tract as in the case of bronchitis, helping to bring into balance all of the body’s fluids through its demulcent action
.
Try Pukka’s Wholistic Shatavari Capsules.

*Please note that while we are knowledgeable about our products and nutrition, this blog should never be a substitute for medical advice and attention

Please remember that you should always obtain the all-clear from your doctor before starting any new supplement plan or diet if you’re on any medications.

Natural Ways to Reduce Stress, Anxiety and Fear Whilst Also Supporting Your Immune System – Part One