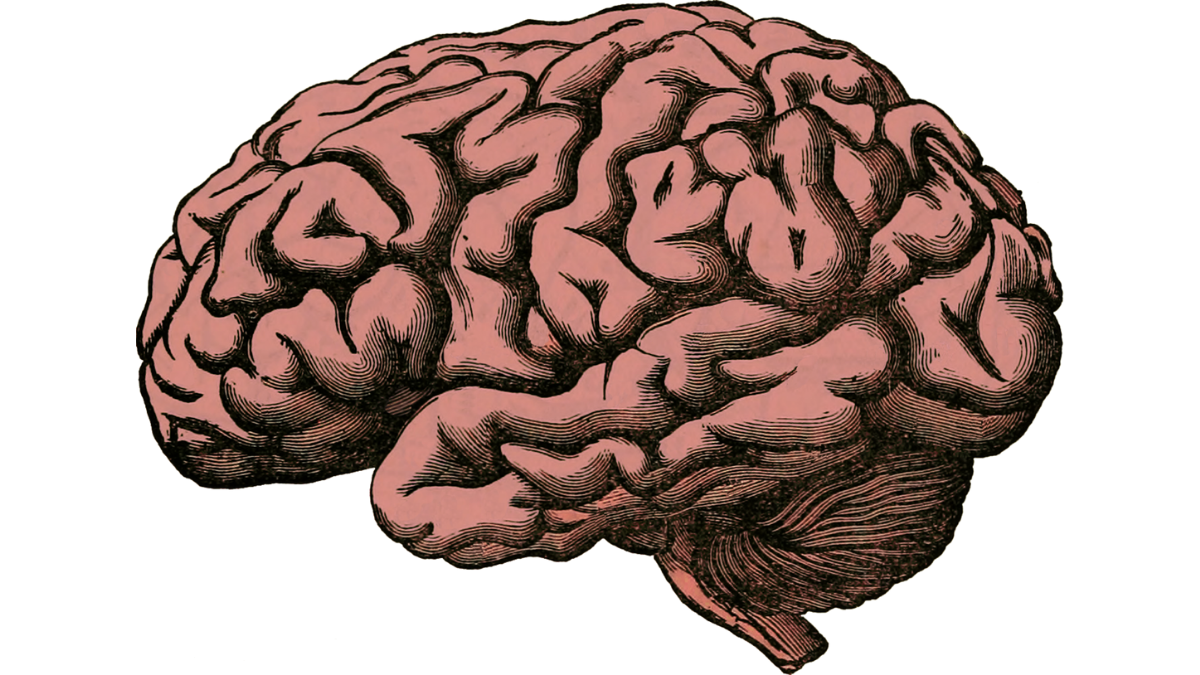 In this blog post I’d like to share some incredible herbs and supplements that can be used effectively to enhance memory, cognitive function and overall brain health.

We are placing more demands on our brains and nervous systems than ever before. We want greater memory cognition, the ability to retain information better, have stronger recall, and to be able to think clearer.

Many of us are juggling work, study, kids, social lives; perhaps working shift work, prepping for exams or dealing with an illness, whether yourself or a family member – and who has time to be so mentally exhausted?

Combine all that with increasing stress levels, sleeping problems, environmental toxicity and never ending fad diets, our mental health can be left a little frazzled, not to mention our cognitive abilities.

Here’s where herbs and supplements come in.

When it comes to having a healthy memory, cognitive function and brain, these can be very supportive, whether you’re in the thick of it or just wanting to prevent mental deterioration.

The basic principle behind them is simply that specific herbs and supplements may keep the cardiovascular, nervous, and endocrine systems healthy and strong, and since these are the systems that affect memory, we want them in tip top shape.

When used regularly and mindfully, they can be incredibly supportive to our memory, cognitive function and overall brain health.

Let’s get to them!

Gotu kola (also known as Brahmi) is an Ayurvedic herb that has been used as a brain tonic to increase memory, concentration, and comprehension for over 2,000 years. This herb is highly regarded in India as it is one of the most spiritual of all herbs.

It has a diverse range of actions in many bodily systems, but what makes this herb such a friend of the brain is its actions on the nervous, endocrine and cardiovascular systems.

Gotu Kola is a rejuvenative nervine offering relaxant and adaptogenic properties, hence why it is often recommended for balancing the nervous system.

Not only can Gotu kola support our body’s ability to acclimate to temporary stress, but it even boasts anti-anxiety effects. This is thanks to its modulation of gamma-aminobutyric acid (GABA), an inhibitory neurotransmitter that encourages feelings of relaxation and calm.

We all know that stress is bad for us, and the same goes for our memory. Those two do not get along!

That’s why this herb is commonly used in cases of mental fatigue and stress, since encouraging a calm body and mind is very helpful for improving cognition and memory.

This herb has been shown to increase circulation specifically to the brain, as well as increasing neuronal branching and improving free radical scavenging activity.

This results in a reduction of oxidative stress and damage, making it supportive for improving memory and cognition.

Gota kola has even been shown to improve the body’s ability to use glucose, the brain’s primary fuel, when blood sugar levels are low.

One look at lion’s mane mushroom and you’ll understand where it got its name from. Unlike many mushrooms that grow with a smooth cap and stem, this mushroom cascades down in a cluster of fluffy, white strands, looking almost like the mane of a lion.

Lion’s Mane is an edible mushroom native to North America, Asia and Europe and typically found growing on hardwood trees.

It has a long history of use in Traditional Chinese Medicine for supporting immune health, reducing inflammation and generally working as a restorative; but it is Lion’s Mane’s effects on the brain that really distinguishes it from other medicinal mushrooms.

The brain-supporting benefits of lion’s mane mushroom have been studied for centuries, and now we’re learning that it has both short-term and long-term benefits. It not only supports memory and concentration, but also supports cognitive function and the nervous system.

Lion’s Mane mushroom has the ability to repair and regenerate neurons in the body which results in improved cognitive function, and can even reverse and lessen the effects of neurological diseases such as Parkinson’s and Alzheimer’s.

This all happens thanks to Lion’s Mane’s neurogenesis and myelination actions, leading to improvements in brain health.

This can get pretty complicated, and I encourage you to do your own research as it’s quite fascinating, but in short, our body’s contain nerve growth factor proteins which protect existing neurons and stimulate new neuron growth.

These are vital for a fully functioning nervous system, and when our brains are unable to produce enough for whatever reason, new neurons aren’t able to be produced, and this can lead to degenerative neurological diseases.

Lion’s Mane can actually stimulate the synthesis of nerve growth factor (NGF) protein production from within the brain!

The has enormous potential for those already suffering and for anyone in the future who find their cognitive function is degenerating.
This is exciting news!

And I’ll leave you with this tid-bit of information. A human study conducted in Japan found that supplementing with 3g of Lion’s Mane per day could enhance cognition including improved memory, recall, focus, and attention.

Rhodiola is a hardy herb that grows at high altitudes in the arctic areas of Eastern Europe and Asia, and it is Rhodiola’s ability to thrive in such harsh environments that allow this herb it’s supreme adaptogenic status.

Rhodiola is an amazing adaptogen which offers extraordinary support, helping our bodies adapt better to physical, mental and environmental stress, allowing them to adapt and respond to this stress instead of succumbing to it.

This herb helps us meet the challenges of today’s fast-paced, high stress world, with its anti-stress and fatigue-fighting properties and its ability to promote energy, endurance and stamina.

Rhodiola is also home to health benefiting antioxidants, including a group of compounds rosin, rosavin and rosarin, known collectively as rosavin; as well as containing salidroside, both of which have been shown to have anti-stress, anti depressant and anti anxiety actions on the body and mind.

From a brain health point of view, these antioxidants have been shown to support brain function by protecting both the body and the mind against oxygen deprivation, fighting depression and improving energy levels.

And from a stress perspective, the compounds found within Rhodiola have been shown to help the body balance cortisol.

We all know by now that cortisol is associated with stress and that a prolonged states of stress can accelerate ageing in the body and ultimately impair the brain’s ability to function optimally.

Because stress can negatively impact brain function, this is where Rhodiola’s adaptogenic properties really come in handy and what makes it a great addition for brain support.

Siberian Ginseng is native to North Eastern Asia and is often referred to as Eleutherococcus or eleuthero.

Siberian ginseng, though not a true ginseng, but rather a distant cousin to the Panax types, has also been widely used in Chinese medicine for thousands of years. This is because although Siberian ginseng is not related, it has very similar benefits, which is what earned it the name of ginseng.

Siberian ginseng is another fantastic adaptogen, plus it has been shown to improve natural energy production, endurance, focus, concentration and memory and helps to alleviate mental fatigue.

For more information on Siberian ginseng and its incredibly properties, I go more into detail here in this blog post What’s the Scoop on Ginseng.

Rosemary may be one of the most well-known “brain herbs” used today.
It’s a stimulating, astringent herb that specifically acts on the cardiovascular system helping to increase blood flow and tone the vascular system.

By stimulating circulation and increasing blood flow to the brain, it is believed rosemary can increase mental function and memory.

Studies have also found that there are compounds in rosemary oil that may be responsible for changes in memory performance. One of them is called 1,8-cineole.

As well as smelling wonderful, it may cause an increase in a neurotransmitter called acetylcholine, which acts in the same way as the drugs licensed to treat dementia.

Rosemary oil is very effective through our smell sense, so if you’ve got a test coming up, grab yourself an aromatherapy diffuser and rosemary essential oil and get diffusing!

You can also add a drop or two into a carrier oil such as jojoba and rub it into your wrists, drop a couple of drops on a handkerchief to sniff or make a tea from it.

If you have a home office, or are studying, popping a few drops of rosemary oil into the diffuser before you start the day may help to improve your mood and keep your brain focused at the same time.

Clear thinking and easy recall are cognitive functions that most of us take for granted, until they start to fade.

Nourishing your brain with essential fatty acids is important to help maintain healthy cognition throughout life, and the good news is, they’re incredibly easy to incorporate into your diet.

Essential Fatty Acids (EFA’s) such as Omega 3, 6 & 9 are crucial for brain development and performance, and since we don’t make these fatty acids ourselves, we have to get them from our diet.

Omega-3 fatty acids have been well studied for their role in the support of many systems in the body, but one of the most studied is in the area of brain function.

Omega 3 intake has been shown to improve cognitive function, including hand-eye coordination, attention span, social skills, behaviour, attention and intelligence test scores. They have even been linked to strengthened immune systems and having mood-boosting effects.

You can find these healthy omega 3’s in oily fish, flax, hemp, chia, sunflower and pumpkin seeds, plus walnuts and their oils, which are all marvelous additions to delicious meals, snacks and smoothies.

Supplement wise, we stock a variety of fantastic omega 3 products, including fish oil, krill oil as well as algae oil and Udo’s oil for vegans/veggies.

Of course, your memory doesn’t entirely rely on delicious herbs and oils to function. It also needs attention in other areas, including lifestyle and overall diet.

Reducing sugar intake, eliminating processed foods and regulating your stimulant intake from things such as caffeine are also important.

Lifestyle wise, it’s very crucial to make stress reduction a priority.
Easier said than done, I know. But you can take all the herbs and tonics known to man, but if you’re burning the candle at both ends, it’s not going to help you in the long run.

Try to find something that allows you to switch off from the stress, whether it’s meditation, gentle exercise, knitting, reading or seeing friends.

Another thing to do in order to keep our memory healthy is to stimulate it regularly. Just like a muscle will waste when it’s not used enough, the synapses in the brain will slow down when they aren’t stimulated regularly.

In order to stimulate the brain and strengthen these synapses we need to do things like reading new books, playing games that require critical thinking, doing a Sudoku, listening to new music, learning new skills and even engaging in good conversation.

There are also apps that help improve your memory, so next time you go to aimlessly scroll through social media, swap over to the memory app instead!

I hope these have left you with some entry-point ideas into how to naturally improve your memory, cognitive and brain health.
I encourage you to research further, as there’s much to learn!

Any questions? Drop into your local Nourish store to chat with our expert team and explore our full range of foods, supplements and skincare. You can also find our full product range in our online store.

*Please note that while we are knowledgeable about our products and nutrition, this blog should never be a substitute for medical advice and attention.

Please remember that you should always obtain the all-clear from your doctor before starting any new supplement plan or diet if you’re on any medication.